April 2016 – A.R.E./POPAI The New Association, celebrated game-changing retail design March 23, 2016 at the Four Seasons Hotel in Las Vegas. The industry’s largest and most prestigious retail store design awards program, the A.R.E. Design Awards is in its 45th year; in 2016, 58 projects from eight countries were honoured including Store of the Year, Visual Presentation of the Year, Fixture of the Year, 21 Gold and 25 Silver awards in store categories and 26 individual element awards.

Kasa Moto restaurant was recognized with a Gold Award in the Fine Dining Category, as well as, an Element Award for its Japanese inspired Wall Treatments. 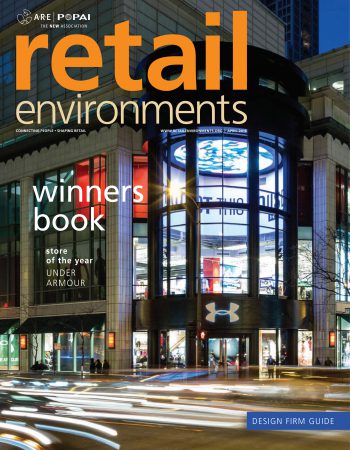 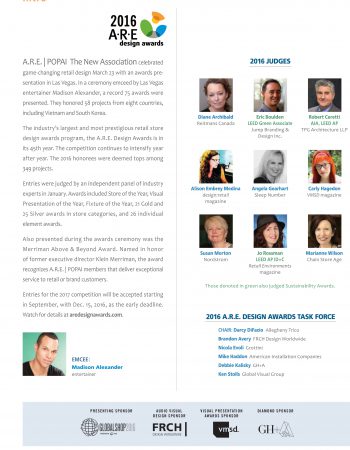 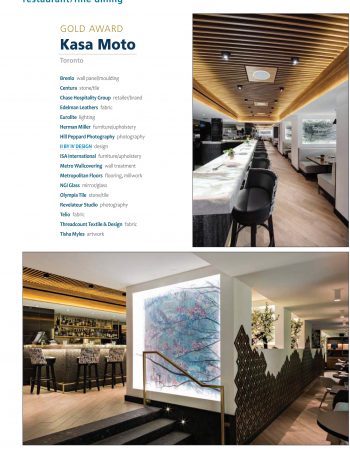 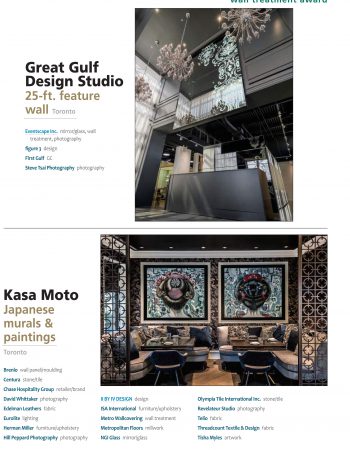