About eight years ago, a developer purchased 11 St. Joseph then constructed an 18-story condo tower behind a historic façade, which had to be disassembled brick by brick and reconstructed. When the site finally launched, there was just one purchaser, Barney River Investments, which bought all 200-plus suites as rental units.

Dan Menchions of II BY IV DESIGN and his design team took five suites – the most broadly representative of the 46 layouts – and refurbished flooring, fixtures, baths and kitchens using standard finishes so buyers would know exactly what they were getting. 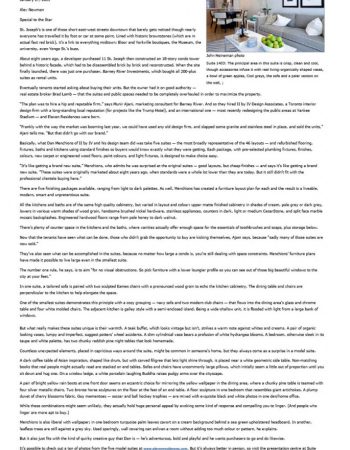