Andrew Bockner has transformed his fair share of outdoor spaces at hotels. The al-fresco-adoring purveyor behind Andrew Richard Designs, a fine outdoor-furniture showroom in Toronto, shares a singular affection for making the most of under-the-sky spaces, and he’s learned the best way to do that is with upfront planning.

“I’ve seen so many projects where hoteliers get really ambitious with their desires for the outdoors,” says Bockner, who’s worked on Toronto’s Hazleton Hotel, the city’s newly opened Trump International Hotel & Tower and the Hard Rock Hotel and Casino in Las Vegas. “And then, after they burn all kinds of money inside and go over budget, [outdoor design] is the first thing that gets cut.” 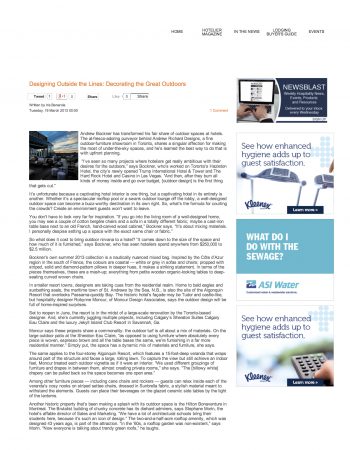 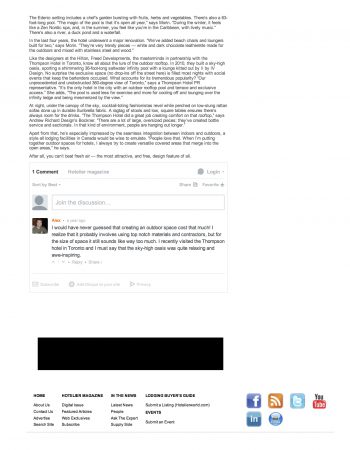